A self-identified ‘excitable boy’, Jeff Travers was always up for an adventure. While attending St. Mary’s Catholic School, he was threatened to be put out for the rag man to collect since he wasn’t paying attention to the lesson. Jeff carried his disappointment to the grave that the nun didn’t make good on that particular promise.

While working at Presbyterian Hospital, he graduated from McKeesport High School, and then attended Fairmont State Teachers College and later became a certified x-ray technician. Jeff served in the US Army from 1960-1963 and graduated from SUNY Buffalo with a BA in Sociology. He was employed by US Steel, Carborundum and retired from Norfolk and Southern Railroad, having worked there over 18 years. Jeff didn’t realize his lifelong dream of travelling until he was 51 years old. And then he made up for lost time: visiting 25 countries in 21 years. A few of those (Belfast, Portugal, Costa Rica) were volunteer trips with Habitat for Humanity or Earthwatch.

He volunteered locally, too, first with Friends of the Library in Princeton, WV, then with Tender Mercies, and finally with Compassus Hospice. He deemed that his volunteer work with Hospice was “his calling”, volunteering for nearly eight years. He also enjoyed playing Santa at the nursing homes at Christmas.

A talented mosaicist, many local businesses, friends, and family have Jeff’s mosaics on display. His final days included plans for future mosaics. He had a lifelong passion for music and trains and was an avid photographer, a perpetual storyteller, and the designated butt of many family jokes – a role that sadly must pass to the last remaining male family member, Louis, the cat. May he be up to the task.

Jeff approached life with curiosity, generosity of spirit, and positivity. He believed in people, redemption, and forgiveness. Jeff celebrated 41 year sobriety in AA and sheltered many people coming into the program, physically and figuratively. He also embraced meditation and founded a Meditation group over 25 years ago that still meets today.

To his beloved granddaughter, Simone: you have memories and stories that only Poppi could give you. You were his biggest reason to remain in this world for as long as he did and his love for you persists even though he is gone from this realm. If ever in doubt, lean on his belief in your artistic talents and know that he was the first to recognize your incredible iron will. Your inner and outer beauty, humor, and kindness are additional blessings he delighted in.

To his WV community: you are an amazing bunch of souls that provided love, support, and laughs to Jeff and one another. A local service and celebration for him is planned for spring where all the stories (some true!) we have about Jeff can be shared. Music, juggling, fireworks, and interpretive dance are encouraged.

He joyfully appreciated each day right until he went peacefully into the great beyond, Monday, November 8 th , 2021. He spent his final weeks in gratitude while entertained and cared for by Kricket and Simone in their home.

Jerome “Jeff” Travers was born in Newcastle, Pennsylvania on October 7, 1939 to Mary Olive Travers [Gillespie] and Vincent Paul Travers. He was preceded in death by his parents, his two brothers, Robert Bruce and Richard Vincent and his son, Sean Patrick (June 2021). He is survived by his ex-wife, Delrae Travers; his daughter and granddaughter, Kricket and Simone Ichwantoro; niece, Colleen Murphy-Travers; and nephews, Bill Travers and Mike Travers.

For donations, the family suggests memorial contributions to St. Jude’s in his name: Jeff Travers. Click Here To Donate 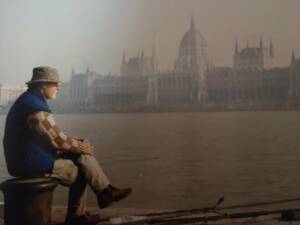 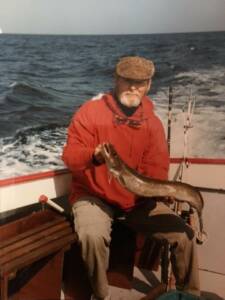 Offer Condolence for the family of Jerome “Jeff” Travers