With sadness and hope, we would like to share that Jim Davis died on April 12, 2021 of thymic cancer.

As he recounted to many friends during his last month, Jim’s life was centered around three important commitments: to protect and defend the country and support its Constitution as an officer in the U.S. Navy, to faithfully partner with Sarah Ellis in marriage and the raising of a family, and to follow Jesus Christ through baptism and participation in a church community.

Jim Davis was born into a loving home in Richmond, VA in 1940. His father was a U.S. Army officer, but he always loved country life and farming, involving Jim in those pursuits. Jim spent his early years in Germany, Texas, South Carolina, and Virginia. He graduated from Fairfax High School and received a Naval ROTC scholarship to the University of Virginia. Jim completed a five-year program in Chemical Engineering, and at graduation he received a regular commission in the Navy as an ensign.

During the 1960’s the Navy was rapidly expanding its submarine fleet, and after two rigorous years of training, Jim was assigned to the USS John C. Calhoun, a Polaris missile submarine, for his initial sea tour. With his engineering mind and seaman’s eye, Jim served with excellence on five submarines, rising to command of the USS Memphis, a Los Angeles class nuclear attack submarine stationed in Norfolk, VA.

During his three years in command, the Memphis and its crew were consistently recognized for their readiness and excellent performance as they completed many challenging missions. During one six month deployment they circumnavigated the globe with operations in the Mediterranean Sea as well as the Indian Ocean. Their very long transit home at the end of the deployment included a port visit in Perth, Australia and passage through the Panama Canal.

After command of the Memphis, Jim spent four-and-a-half years in Honolulu, Hawaii, serving as a Deputy in Submarine Squadron 1, a senior member of the Nuclear Propulsion Examining Board, and the Assistant Chief of Staff for Personnel and Training at Sub Pac Fleet.

In 1988 Jim was assigned to serve as the Commodore of Submarine Squadron 8 in Norfolk, VA. He considered it an honor and a tremendous responsibility once again to have a sea command, and it was a command that included up to 20 nuclear attack submarines, two tenders, a drydock, and a weapons station. The dedication, skills, hard work, and professionalism of the five thousand people who served in Squadron 8 were a source of great pride and satisfaction to Jim and assured that the squadron’s significant assignments were met with significant accomplishments.

1990 brought a transition to the Pentagon and a move to Fairfax, VA, which would be Jim’s home for the next thirty years. At the Pentagon, Jim was assigned to the Office of the Joint Chiefs of Staff (JCS) where he served as the head of the Nuclear Arms Control Division. He was the JCS representative on the U.S. State Department team negotiating the START I and II Treaties with Russia and initialed both treaties on behalf of the United States. After years on the front lines in the Cold War, Jim found it incredible to be walking the streets of Moscow and playing a role in peacemaking and arms reduction. After a distinguished and rewarding thirty-year career, Jim retired from the U.S. Navy as a Captain in 1994.

Jim spent the next twelve years working as a Director of Operations for the Nuclear Energy Institute in Washington, D.C. He brought his engineering and managerial skills to bear on important technical and regulatory issues to ensure safe operation and cybersecurity within the nuclear power industry. One of his major accomplishments was the successful management of Y2K computer issues for the industry as the world transitioned into the 21st century.

Jim embraced retirement with energy and thoughtfulness. Wanting to be of service in the community, he joined the Fairfax Host Lions Club and made important contributions, including fundraising and as the club treasurer for seven years. The Northern Virginia NTRAK model railroad club gave Jim the opportunity to return to his boyhood enthusiasm for running trains. It also provided an outlet for his technical skills, woodworking talents, and creativity. In addition, Jim had the opportunity to volunteer, to lead, to learn, and to participate in the life of Providence Presbyterian Church. He thoroughly enjoyed the comradery and the friendships which he shared in each of these groups.

Throughout his challenging career and years of retirement, Jim was also an extraordinary husband, father, and grandfather. He lovingly constructed dollhouses, wooden toys, koa jewelry boxes, and desks for children and grandchildren. He engaged in imaginative play, told great stories, gave horsey-back rides, read books, and patiently recruited little hands to help with painting, baking, and car washing. In his own home and the homes of family and friends, anything that needed replacing, repairing, or rescuing was soon put right by his skillful hands and his vast array of tools. He is greatly missed by his wife of 54 ½ years, Sarah, his two daughters, Cindy and Kimberly, and their families, and by other family members and friends whose lives he touched.

Funeral and memorial services will be held at Arlington National Cemetery and Providence Church at an undetermined time in the future. Memorial donations in Jim’s name may be made to Capital Caring Health Philanthropy (Hospice), 3180 Fairview Park Drive, Headquarters/Suite 500, Falls Church, VA 22042 or to Providence Presbyterian Church, 9019 Little River Turnpike, Fairfax, VA 22031. 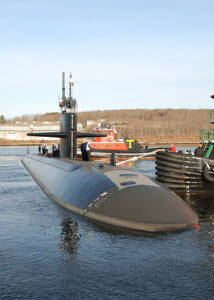 Offer Condolence for the family of James Willard Davis, Jr.