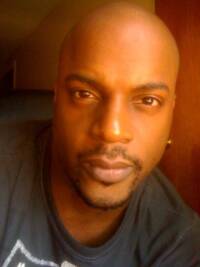 Brian had a caring soul and was friendly with a good sense of humor. Brian had an infectious laughter and would help anyone if he could. Brian was an avid gamer and would love nothing more than to come home from a long day of work and sit at his customized computer for hours. Brian is known for his love of computers and basketball. Brian was also skilled in building computers from scratch; a skill he passed along to his younger brother. Brian was a loving father, a thoughtful son and a protective brother. Brian worked in various managerial and supervisory positions for several companies to include BJ’s, Sam’s Club, Nestle Waters, and recently at Big Lots in Alexandria, Virginia.

Brian is survived by his wife Sandra Espinoza Greene and their daughter Brianna, Stepson Alberto and Brian Jr. and Travis Greene from a previous relationship with Shannon Davis. He is also grieved by his mother, Joan Greene; Father, Charles Burgess, sisters- Winifred King, Heather Greene, Aisha Greene and brother Fiasel Greene. He will also be fondly remembered by his aunts, uncles, nieces, nephews, cousins, friends and colleagues.

Offer Condolence for the family of Brian E. Greene