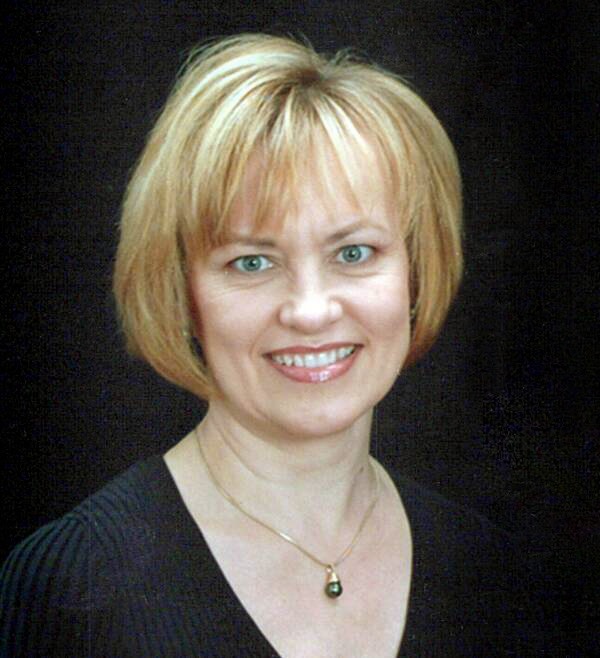 Ann was born in Sopron, Hungary on September 17, 1955 to Ferencz (Frank) and Anna Frigyesi. She passed away peacefully on January 22, 2021 in Alexandria, Virginia.

Soon after her birth, the Hungarian Revolution tore the country apart, forcing Ann’s parents to make the difficult decision to flee their homeland. With Ann, eighteen months old at the time, they narrowly escaped to Austria and eventually made their way to America. In February of 1957 they arrived in South Bend, Indiana, where a growing Hungarian community welcomed them. Ann’s sister, Maria, was born later that year.

As a young girl, Ann’s induction to become a United States citizen was nothing short of adorable. While signing her citizenship papers in the presence of a judge and her parents, wrought with nerves created by three onlooking adults, she accidentally spilled the contents of the judge’s inkwell onto his desk blotter. Endeared by her little flushed cheeks, the judge gave her a pat of encouragement and laughed, showing even then she had a knack for making an entrance.

Growing up in a Hungarian household, Ann started first grade at Our Lady of Hungary School without knowing the English language. Undeterred, she quickly established herself as an exceptional student while freeing her thoughts and creativity through sketching and painting, a promising hint of her talents to come. Her artistic ability gave her an eye for refinement, a piece of her essence she nurtured and gifted to others throughout her life.

As a young girl, Ann recited Hungarian poetry, written by her mother, at many events honoring Hungarian freedom fighters. She learned various folk dances from her native country and, for several years, performed them in the annual Harvest dance celebrations wearing costumes sewed by her mother. At the age of ten, Ann and her family returned to Hungary for the first time since coming to America, where they reunited with their overseas relatives.

Although Ann’s parents did not have a strong grasp of the English language, they were determined to not throw away their shot at the American dream. Ultimately, Ann’s parents established a successful home building and remodeling business in their new country. As their family business grew, it became Ann’s responsibility to translate and write sales contracts throughout her childhood. Participation in the family business extended to helping out at open houses, subdivision grand openings, and other similar events. Through experiences like these, Ann developed an extraordinary work ethic at a very young age, a core value which defined her throughout her adult life.

While in Law School, she met the love of her life, Gale Garriott. As a first year law student, Ann’s striking appearance was immediately noticed by several potential suitors. But serendipity intervened and provided an opportunity for the one that had an instantaneous feeling of love at first sight to win her heart. They were married in 1981 and together they relocated to Arizona. For most of her legal career she was a prosecuting attorney for city and state governments. She practiced law with an innate sense of command, but also with a touch of humor. She was affectionately nicknamed “Zsa Zsa” by her favorite judge, to which she often responded by playfully tugging on his tie, something her effortless charm allowed her, and only her, to get away with.

Although somewhat hesitant to fully accept living in the Southwest, her skepticism faded to a brightened perspective for how truly beautiful her life in the desert could be. Ann made Arizona her home for over thirty years and found comfort in the warm environment perpetually filled with blue skies and sunshine. In addition to the bond built among family, she also shared life’s experiences with a special group of loving friends.

Later in life, Ann’s career path reunited with her upbringing in her parent’s residential construction business. She found a special passion as a realtor because she had learned first-hand how fulfilling it was to be part of the solution that connected people with homes. Her clients quickly learned that she had their best interests at heart and to trust her advice because she would not hesitate to steer them away from a potential sale that she knew wasn’t quite right for them, even if that meant giving up a commission.

Throughout Ann’s life, her children were a source of pride and great joy. She fiercely protected them, and they lovingly nicknamed her, “Mama Bear.” Ann had a clear sense of how life should be lived and taught her children to become well turned-out adults whom others would respect. She served as a strong female role model for Lexi and showed her how to navigate life’s challenges gracefully but with conviction, regularly referring to her as a glass of “pink champagne”. Understanding Andy’s goals in life, Ann knew the weight of her words and how her advice would leave an everlasting imprint for Andy to use as a guiding light to reach his potential, fully aware of what her “baby dog” was capable of achieving.

In addition to her children, Ann also developed a special affection for Bichon Frises, and they returned the feeling by always being at her side. To no one’s surprise, she even managed to train and then certify her beloved “PJ” as a service dog.

In 2014, Ann moved to Alexandria, Virginia to join her husband because of his job relocation. She embraced the culture of the Washington, D.C. metro area and formed many special friendships there. Getting lost in museums, immersing herself in theater performances, experiencing musical events, and exploring her new surroundings were just a few of her favorite things. She delighted in becoming a knowledgeable tour guide of her new-found home to her family and friends. She never missed an opportunity to ride along with her many visitors who wanted to explore the city by taking a Segway tour.

Not only did Ann have a very inquisitive mind but she was also a life-long learner. From a young age, she was a voracious reader and pursued knowledge for its own sake. As a result, she became a skilled conversationalist who could talk with anyone about anything, which she thoroughly enjoyed. She was equally at ease starting a conversation with strangers in a sports bar as she was discussing the issues of the day with persons attending a black-tie event.

Ann was a beautiful person, both inside and out. She was elegant, charming, generous, and playful – classic with a twist. She would entertain everyone with the kind of witty humor that caused listeners to burst out with laughter. She was an amazing problem solver and rarely missed finding the perfect answer. She had a remarkable eye for quality and an unmatched talent for making everything and everyone in her family look and feel better. Her energy was contagious and doing anything with her was always memorable. She had a presence that cannot be replaced.

She will be missed by everyone that came to know her.

Ann was preceded in death by her parents, is survived by her husband, Gale, their two children, Lexi and Andy, and her sister Maria Frigyesi Etling.

A celebration of life memorial service starting at 1:00 pm is planned for February 27, 2021 at the Cunningham Funeral Home, 811 Cameron Street, Alexandria, Virginia (cunninghamfuneralhome.net). A memorial service in Scottsdale, Arizona will follow at a later date.

In lieu of flowers, donations to Arizona Power Paws (www.azpowerpaws.org), a charitable organization whose mission is to provide highly skilled dogs to children and adults with disabilities, would be appreciated. 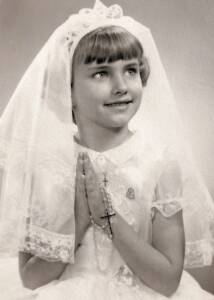 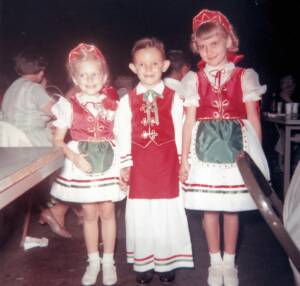 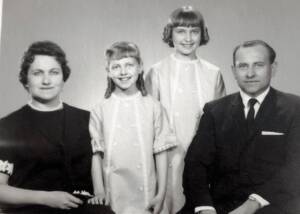 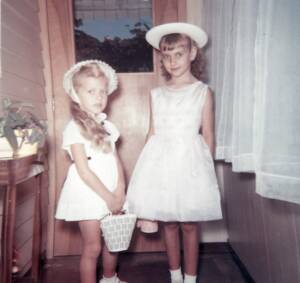 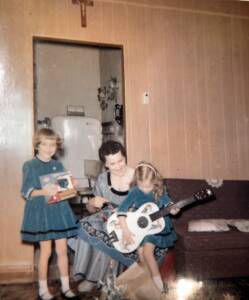 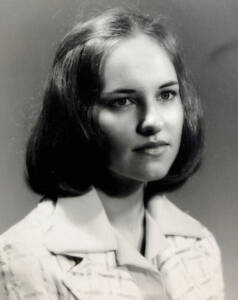 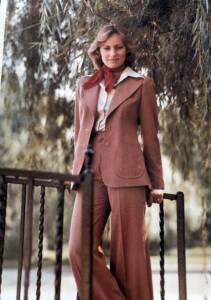 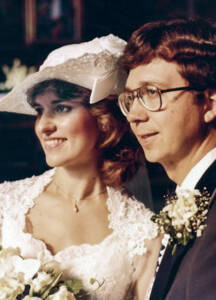 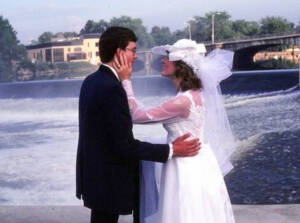 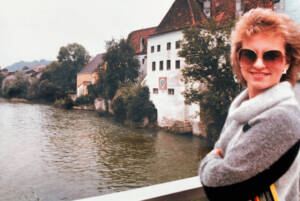 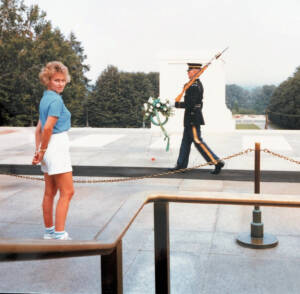 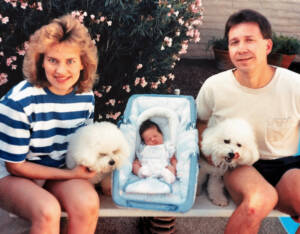 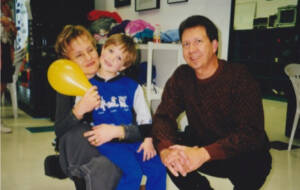 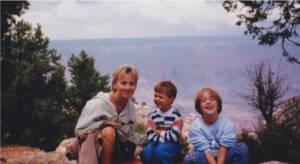 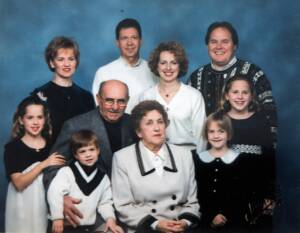 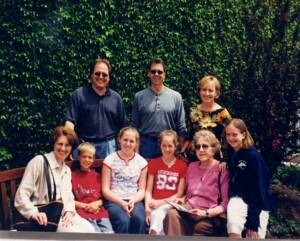 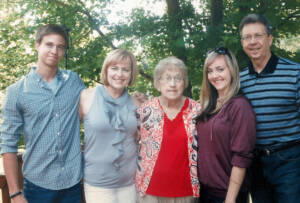 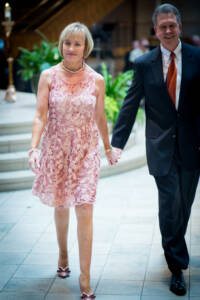 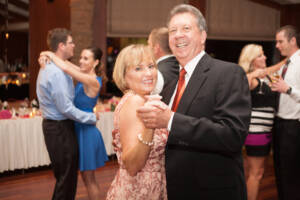 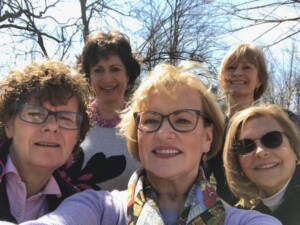 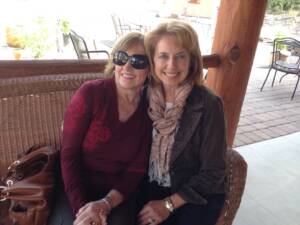 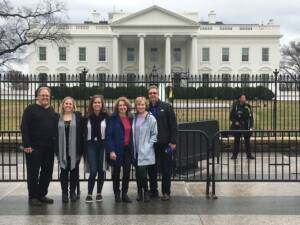 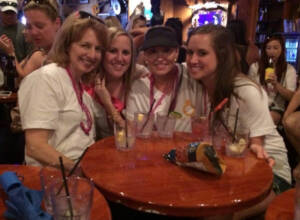 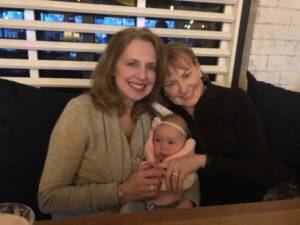 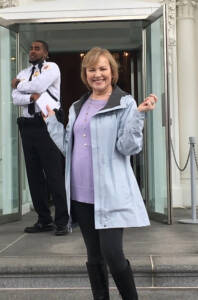 Offer Condolence for the family of Ann Frigyesi Garriott