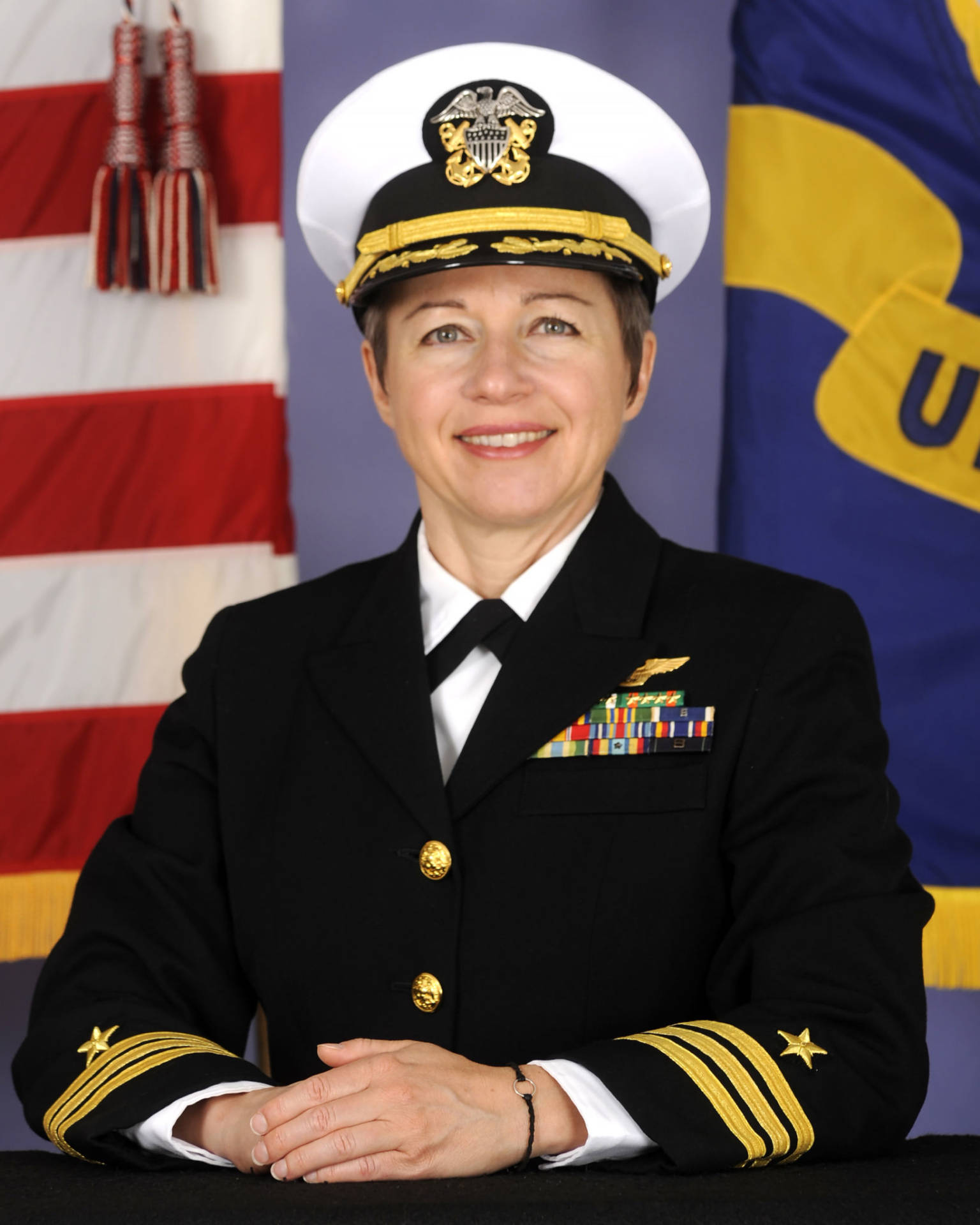 Alyce Victorine Grillet died at the age of 47 at her home in Alexandria, Virginia, Friday, Jan. 4, 2019, of metastatic colon cancer. Alyce was born Alice Odile Grillet on March 11, 1971 in Topeka, Kansas, to Pierre A. and Mireille P. Grillet. After her mother passed away in 1976, she and her sister Anne grew up with their father in New Orleans, Louisiana.
Alyce graduated from Benjamin Franklin High School in 1989 and continued her education at Tulane University in New Orleans, Louisiana, where she earned a Bachelor of Arts Degree in Economics and a Bachelor of Arts Degree in Studio Arts in 1993. She later went back to school to earn her Master of Science Degree in Strategic Human Resource Management and a Graduate Certificate in Organizational Leadership from Chapman University, Whidbey Island, Washington, in 2006.
​Alyce enlisted in the U. S. Navy in Jan. 1998. Her first duty station was Naval Air Station, Lemoore, California, Sept. 1999, as a Ground Electronics Technician. She was commissioned as a naval officer Feb. 2001. In May 2001, she reported to Strike Fighter Squadron 22 (VFA-22), again in Lemoore, California, where she was assigned as Material Control Officer (MCO) and Quality Assurance Officer (QAO) and made two deployments totaling 19 months on board USS Carl Vinson in support of the Operation ENDURING FREEDOM.
​Over her career, Alyce served in a variety of roles in the Aviation Maintenance Community, including Assistant Maintenance Officer, Maintenance Material Control Officer, Assistant Officer in Charge and Detailer & Community Manager where she supported F/A-18, C-9 and C-130 aircraft squadrons. She was promoted to the rank of Commander in 2016 and reported to the Commander Fleet Readiness Center at Naval Air Station Patuxent River, Maryland, where she served as Personnel Military Director. Her last assignment was as Officer in Charge and Maintenance Officer at the Fleet Readiness Center Mid-Atlantic Detachment Washington at Joint Base Andrews.
​In her nearly 20 years of service, Alyce lived throughout the continental United States but built community primarily in Memphis, Norfolk and Northern Virginia/DC. She leaves behind a jaw-dropping collection of personal artwork, focusing in her later years in the medium of permanent marker on canvas. She was a prolific reader of non-fiction, specifically “geeking out” on relationship psychology as game theory, and the spiritual identifying as a Chaos-magic Buddhist. She was a community organizer in Memphis and Norfolk and taught classes in Relationship Dynamics and Non-Violent Communication. She helped lead Naval Air Systems Command’s Patuxent River LGBTQIA+ Advisory Team.
​She is survived by her son, Bryce A. Grillet; father, Pierre A. Grillet, in Cape Canaveral, Florida; younger sister, Anne M. Grillet; niece, Julia R. Schiek; nephew, Harrison R. Schiek, in Albuquerque New Mexico; half-sister, Marie-Helene Grillet, in Lyon, France; half-brother, Pierre-Francis Grillet, in Sydney, Australia; and many loved ones and friends.
​A visitation of her ashes will be held Sunday, Jan. 13, from 2:00 to 4:00 p.m., at Cunningham Turch Funeral Home, 811 Cameron St, Alexandria, Virginia. A flag folding and presentation will take place at 2:00 p.m., performed by NAF Washington Honor Guard and Captain Chris Couch, followed by time to pay respects. In lieu of flowers, the family asks that donations be made to OutServe-SLDN and the Semper Fi Fund, or to your local LGBTQIA charitable organization.
​Alyce’s ashes will interred this spring at Congressional Cemetery in Washington, D.C., and her memorial stone will read “Mother, Sister, Partner, Bisexual, Queer… All Should be Free to Love.”

Offer Condolence for the family of Alyce Grillet